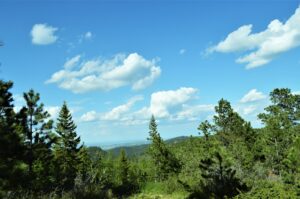 The Best Black Hills has to offer.

Welcome to the amazing and breathtaking Fog Lode of the Black Hills.  Here are some fantastic shots of this wonderful remote Black Hills property located at the head of Bridal Vale Falls found at the top of the Rubicon canyon. Known as The Rubicon.  “This is the place where you can sometimes hear nothing but the sound of falling snow.”

I’ve owned this property since the mid 90’s and have loved every square inch of it.   It’s located at the 6700′ elevation above sea level.  It’s just a zip and a hop (3.5 miles) via snowmobile to the highest ski resort east of the Rockies, Terry Peak. If you want to go gamble for the evening or eat like a king, head to Deadwood for the dinner, only a nine miles by motor vehicle or two and a half by sled.  This property is very secluded yet very accesable to Spearfish in 20 minutes, Rapid City in 55 minutes and Sturgis in 25 minutes.

No picture can capture this wonderful property and no video can either, however there is this one I shot:

As an artist this was the perfect home for me and as a photographer this was AWESOME!  The hunting is off the charts as you would expect.  I’ve seen Elk, Mule deer, whitetail, turkey, coyote, peacock, grouse and prairie chickens. I shot thousands of shots with my camera, and walked many a mile on this property for 17 years. Side note: I completed The Stand at Mount Rushmore National Memorial while living here.  I sold my home in 2014 and kept the best piece of land for myself in hopes of coming back to stay.   I’ve now decided it’s time to sell and believe my property is the very best that the Black Hills has to offer.  Here’s why, in the 80’s I was a real estate broker and had the opportunity to look at a lot of land around the Black Hills.  When this property became available I couldn’t wait to make an offer and soon after I was calling it my home.  The views will leave you speechless. There is a view to the North that on a clear day you can see North Dakota, Montana and Wyoming.  Then to the South in another fantastic view, you see Terry Peak  Ski Resort,  across the mountain ridge about 3.5 miles.

This is some of the best Snowmobiling, hiking, mountain biking, 4×4, exploring, gold panning, cross country ski, you name it! Hunting is necessary to keep all the game in balance and it is well fed and plentiful. 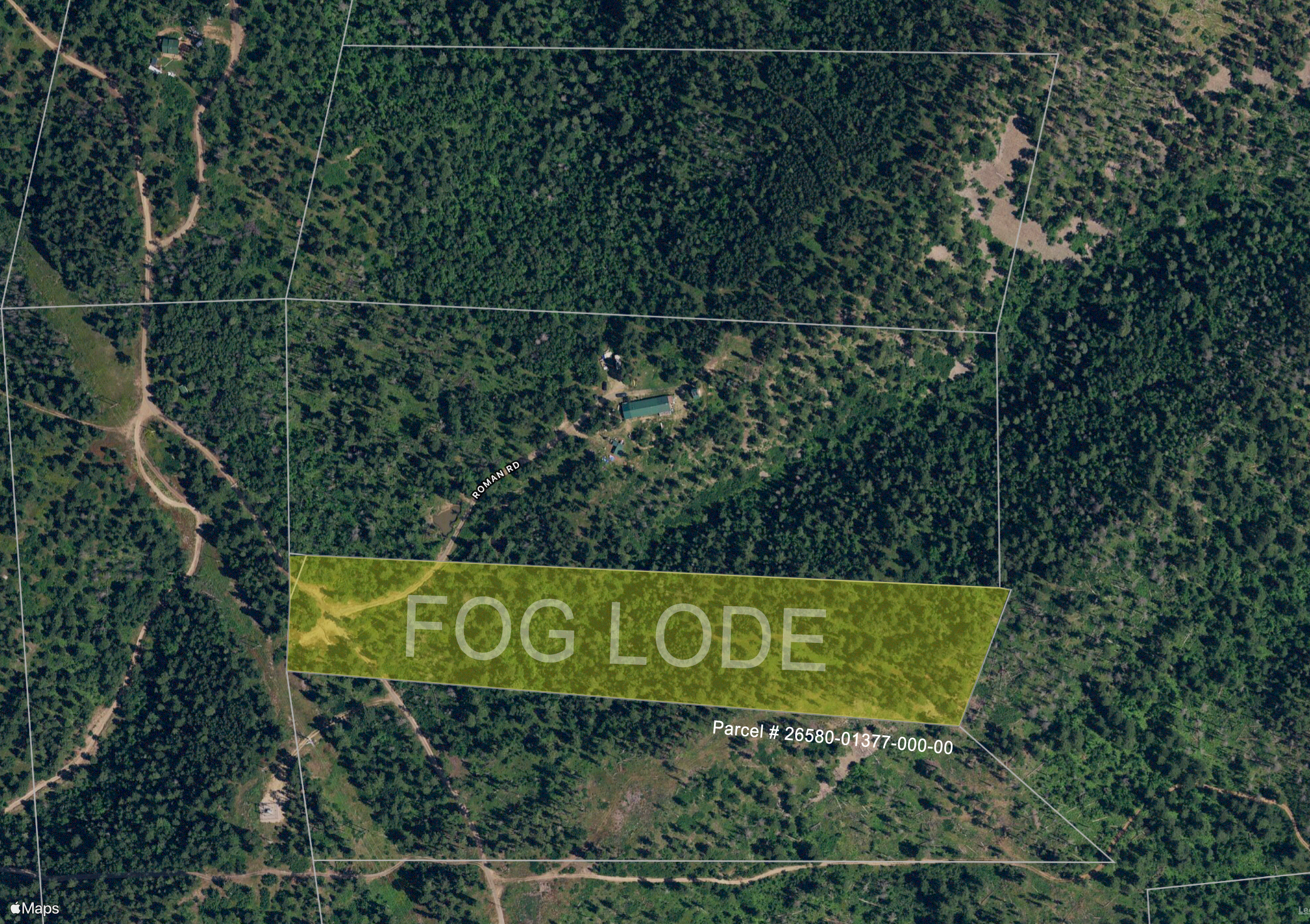 Electric to the property – Yes. Believe me this is a big issue.  This was not cheap getting electric to your lot line.  This property secured electricity from Black Hills Power in approximately 2008.  The cost to come off a 60KW powerline into a substation was astronomical.  I don’t believe there will be more in the area, just based on the cost.  Last estimate I got back then was over $60k. To bring elec. So check that first if you are buying remote properties. So, to be clear, YES this property has Black Hills Power inside the lot.

Water-  This property does NOT have a well and one would be needed to be drilled unless you plan to haul your water from Lead, which some home owners do.  There are high producing well outputs in the area too.

This property has 1 or more glory holes on it.  It was set up specifically as a mineral survey.  You can build your home on it yes!  You can also dig for gold.  Or hold on to it till the speculators come knocking on your door.  Recent homes or smaller properties have sold in the Wharf area for 1.5 million for 1 – 2 acre lots.  I had two very good friends that this happened to.  One of them elected to move his house down the canyon… Whew!  that was crazy!  Anyway, I’ve been gathering some information on the potential Gold Value of this property.  The more I find the more surprised I become.
Surrounding Gold Value and Geological Survey 1974

Full background of the deep underground laboratory in Lead. 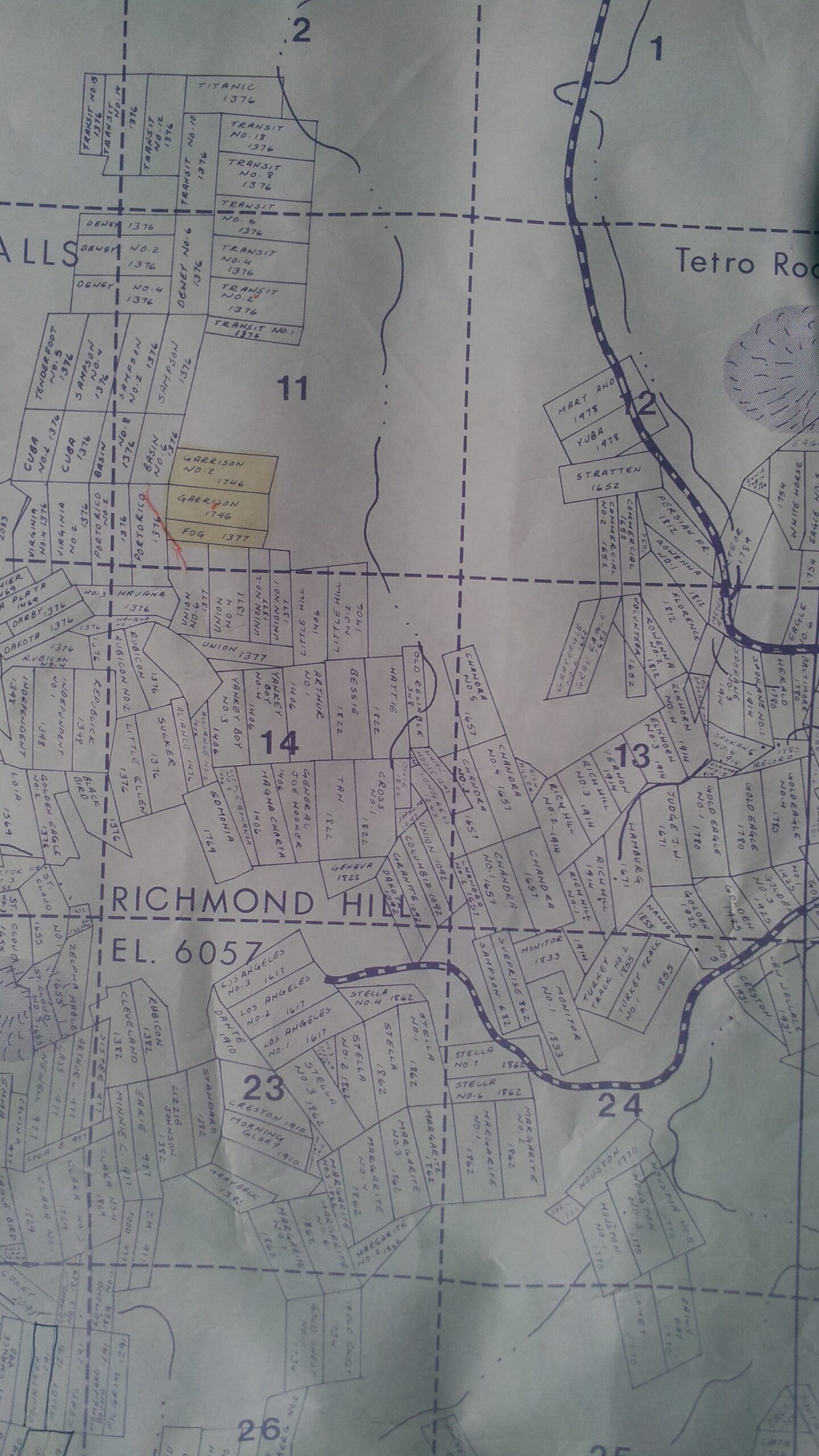 Here is a map to get up to property:

This property is being listed here exclusively by the owner, Scott L. Prentice.

Please feel free to look around at my website. You will discover I was the creator of the glass carving “The Stand” at Mount Rushmore National Memorial.

All offers are to be cash offers and in writing. I will not accept owner financing offers. Offers should be emailed via this listed email address. DO NOT GO UP TO PROPERTY WITHOUT PERMISSION by first contacting me.

NOTICE: (All trespassers will be reported to sheriff’s office. It’s just how it goes up here.) They love dealing with trespassers! Game Cameras are used for identity of all vehicles and personnel.

$350,000.00 (Listed price is Expected to increase without notice Due to High Demand and Sellers Market!)  (Kicker All Mineral Rights Go with Property.)  This is the Fog Lode.  known as: ..the place the Gold Really is!  They drilled and dug all around, yet they missed where it is..  The Fog Lode!  They (Big Gold) is test drilling very close… to Fog Lode today.

True discovery of the Black Hills came with the onset of gold discovery. Gold discovery opened up the west for expansion and miners flocked from earlier gold boom locations into the Black Hills hoping to strike it rich. Since Colonel George Custer’s expedition of 1874 confirmed the presence of gold in French Creek, (near present-day Custer, SD) word spread quickly and the Black Hills Gold Rush began.

By 1876, approximately 10,000 people populated the Hills. Mining camps were established near Custer, Hill City and Deadwood with a huge camp built in Carbonate that grew as large as 4500.  As the gold rush continued, the Homestake mine in Lead pulls many of the men off the higher hills and men took pay from Homestake and abandoned their claims to work Homestake mine instead. It gave rise to the lawless town of Deadwood, which rapidly reached a population of nearly 5,000. The town of Deadwood also attained notoriety from characters like Wild Bill Hickok & Calamity Jane, as well as Seth Bullock.

Bullock was appointed as the first Sheriff of Deadwood. As the economy changed from gold rush to steady mining, Deadwood lost its rough character and settled into a prosperous town.

While Sheriff of Deadwood, Seth Bullock became friends with neighboring Deputy to the north, Teddy Roosevelt who hailed from Medora, North Dakota. The two men worked together often and forged a lifelong friendship. Roosevelt remembered Bullock’s dedication to upholding the law, and in 1884, appointed him U.S. Marshall of South Dakota.

When Roosevelt became president in 1901, he quickly chose Bullock as one of the first Forest Supervisor’s of the Black Hills National Forest. Much later, after hearing of Roosevelt’s death, Bullock commemorated their friendship by building a monument named Mount Roosevelt, also known as friendship tower. Bullock and Roosevelt held in common a high regard for nature and thus, the tower is a testament to their friendship and efforts to maintain conservation of public lands.

Carbonate Mining Camp and Devil’s Bathtub are both just a walk away.

Believe me, I have a lot more to share about his land and you have a lot to discover!